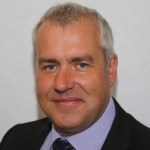 Infrastructure Minister Ray Harmer is refusing to back down on a bus fares policy which means King William’s College pupils pay more than state school students.

There is a flat rate 40p fare for state school students taking an Isle of Man Transport bus, but it does not apply for pupils of the private school on the edge of Castletown.

Mr Harmer was quizzed on this in the House of Keys on Tuesday, by Rob Callister (Onchan).

The minister said there were no plans to change the policy. KWC made its own transport arrangements with a private contractor, he said.

He added: ’The policy is that the concession fare of 40p is just for state school pupils, it is not for those attending private schools.

Some MHKs challenged an assertion by Mr Harmer that parents of KWC pupils could afford higher bus fares – pointing out some were there on scholarships. They said the policy had also affected some students at University College Isle of Man.

Mr Harmer pledged to look at the situation for UCM students and Mr Callister asked him to also re-examine the policy for private school students.

But the minister doubled down on his stance.

’Private schools are not a priority of mine and I will not be looking at that at this point,’ he said.