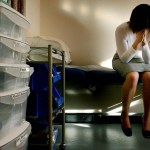 The Isle of Man is to open its first dedicated facility for victims of sexual offences.

The centre will “protect and support” people, integrating several services under one roof, the government said.

It will mean most forensic examinations are done on-island while currently some victims are required to travel to the UK for specialist care.

The facility will open in phases from August and be fully operational by February 2022.

Work to convert the central Douglas site, which was previously a GP surgery, will begin in April and is expected to last eight weeks.

Once fully operational, the centre will be available at any time of day and will meet “recognised UK clinical and forensic standards”, a government spokesman said.

Among its services, the facility will provide assistance with criminal proceedings, counselling and support for victims.

Rob Callister MHK said he was “over the moon” that the project was moving ahead and it would make “a terrible situation a little bit easier”.

The current service for victims was “woefully short” and the centre was “desperately needed”, he added.

As part of the project, there are also plans to train an on-island forensic medical examiner.

Currently, victims must travel to England or a UK-based expert is flown to the Isle of Man following the reporting of a sexual offence.

It can take about 24 hours before a person is examined, during which time the individual is advised not to shower or bathe to preserve evidence.

People wishing to use the service will not be required to initiate criminal proceedings but any forensic evidence collected will be maintained should a person wish to do so at a later date, which is not currently the case.