Island’s electricity bills to increase by 30% 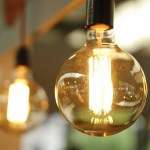 Price hikes due to ‘difficult period of volatility’

Electricity bills on the Isle of Man will increase by 30 per cent this year due to a ‘difficult period of volatility’.

The price of electricity will rise by 15 per cent from 1 April with another 15 per cent hike scheduled for July.

Government claims doing it in stages will ‘reduce the impact’ on households and businesses.

It means that for most users the unit price will rise to 19.4 pence –  up from 16.9 pence – the second increase will see the unit price move to 22 pence.

Energy prices around the world have increased significantly over recent months particularly for natural gas which is used to generate the majority of the Island’s electricity.

A year ago the annual wholesale price of natural gas was around 50 pence per therm – today it’s around £3; Manx Utilities uses around 30 million therms each year.

Chief Minister Alfred Cannan said: “The Council of Ministers has worked with Manx Utilities in the best interests of the Island to determine a way forward that reflects the increased cost of generating electricity, but which also reduces the impact of such a sharp price rise.

“I am grateful to the Manx Utilities board for their openness in engaging with the Council of Ministers during this very difficult period of volatility.”

“The Council of Ministers is now urgently considering the impact of these difficult price rises.  We are committed to building a secure and sustainable future for our Island, and in doing so, now supporting those who will be hardest hit by a significant increase in the cost of living.”

He added that phasing the price hikes will ‘buy some time’ to allow government to consider what economic support may be needed for the community.

Rob Callister, chair of Manx Utilities, said: “The board has been mindful of its responsibility to ensure it can cover the cost of providing electricity from the revenue it receives from electricity bills.

“With such a significant rise in global gas prices there has been a need for difficult decisions around passing on cost increases to consumers.

“I am pleased the board has been able to work with the Council of Ministers to explore how to cushion consumers from such a stark rise in prices, although I am in no doubt that these price rises will cause difficulty for some.”