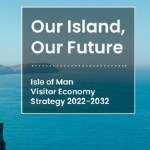 The Isle of Man needs accommodation for tourists with all tastes and budgets if it’s to reach its target of 500,000 annual visitors by 2032.

That’s the belief of the political member responsible for tourism Rob Callister.

He says government will need to offer support to existing providers to ensure they’re fit for the market.