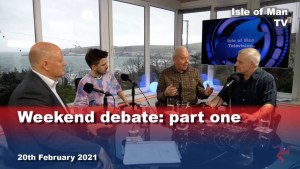 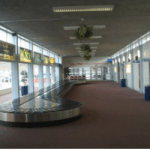 Review of facilities to happen over winter months

The man with political responsibility for the Island’s ports has described the sea terminal as looking “tired”.

Onchan MHK Rob Callister toured the airport and the sea terminal earlier this week to assess what visitors to the Island see on arrival.

He believes passengers deserve a better experience when they step off the ferry:

An MHK believes another cancellation of the TT next year would be a big hit to the Manx economy and the event itself.

Onchan MHK Rob Callister has political responsibility for motorsport and admits the Covid-19 pandemic means planning with any degree of certainty is very difficult.

Mr Callister says tourism, events and the hospitality sector face a complicated and uncertain time ahead:

MHK believes peer pressure a cause of anti-social behaviour

Callister believes number taking part is small but a nuisance

An Onchan MHK believes peer pressure within a group of youngsters is one of the drivers behind the recent spate of antisocial behaviour.

He believes the number taking part in such activities is small, but the nuisance they can cause is high.

Mr Callister has been told about members of a group being challenged to carry out tasks, with serious consequences if they fail or refuse to do so: