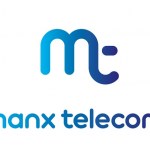 Representatives will speak with Basalt once sale is finalised

The Chief Minister has emphasised the importance of telecoms infrastructure to the Manx economy following the recent sale of Manx Telecom.

The firm announced it had accepted an offer from Basalt Infrastructure earlier this year.

Howard Quayle was asked to outline the Government’s position on the sale at this week’s sitting of the House of Keys amid concerns from Onchan member Rob Callister over the new owner’s intentions.

Mr Quayle confirmed his team will be meeting with the owners once the takeover has been finalised later this week: