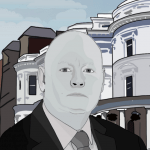 Manx Utilities chairman Rob Callister has used his speech in response to this year’s Budget to warn islanders to expect a large increase in electricity prices.

The Onchan MHK said the authority has worked to keep costs down and spent the equivalent of £180 per household and business on the island to shield residents from increases to date.

Mr Callister said that the global increase in supply costs for energy would result in prices on the island having to rise above inflation. Due to the way this is calculated, this is based on the September 2021 inflation rate.

He said: ‘Manx Utilities will continue to work with Government to minimise the impact of the cost increases to customers, but it would be wrong of me as the Chair if I didn’t forewarn customers to expect electricity tariffs to increase above the September 2021 inflation figure of 5% this year, and potentially beyond.

‘Manx Utilities continues to focus on the delivery of its long-term financial plan. It has been reducing its operating losses and improving efficiency and has begun to deliver on its operating profitability targets – the rapid increase in fuel costs has and will continue to adversely impact operating costs.’

Aside from the current high cost of natural gas and imported electricity, Mr Callister listed ‘dealing with the energy crises, the installation of smart meters and sewage treatment solutions and the management of water resources in addition to maintaining key infrastructure assets and managing strategic risks’ are the key challenges for Manx Utilities.

Mr Callister also spoke to the Budget, welcoming many of the changes, but he did criticise the gov’s decision not to increase pensions by at least 5%.