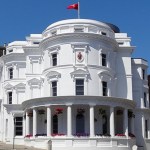 Treasury Minister and Manx Utilities chairman among those to appear

Delayed evidence on government’s response to the cost of living crisis will be heard next week.

The Public Accounts Committee had been due to hear about support packages for those impacted by rising energy prices last week, but the session was postponed following the death of Her Majesty Queen Elizabeth II.

Representatives from Manx Utilities, including chairman Rob Callister MHK, will speak from 8.45am, before the Communications & Utilities Regulatory Authority appears before the committee at 9.30am.

All evidence will be heard in public in the Legislative Council Chamber, and those who can’t attend can listen through the Tynwald website.