Here is my weekly Blog, which will normally be published here and on Facebook on Saturday mornings. 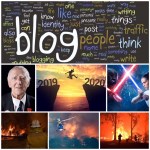 The last 10 years have flown by, and on occasion it has certainly been a rollercoaster of a ride for me personally, but overall it has probably been the best 10 years of my life….

This is despite suffering redundancy in December 2012, which was an extremely difficult period. I certainly wouldn’t wish that experience on anyone, but I was very fortunate to have a lot of support from my family members, especially Steve and Lesley (In-Laws). 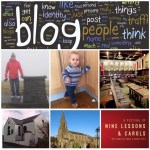 To steal a few words from a famous song at this time of year – so this is Christmas and what have you done…..?

I hope everyone had a wonderful Christmas Day and Boxing Day and that everyone was spoiled rotten, especially the kids.

A special thank you to our emergency services once again, and for those individuals having to work over the Christmas period to keep us safe and well.

Unfortunately a simple thank you is never enough, but I think we all appreciate the work that continues throughout the Christmas […] 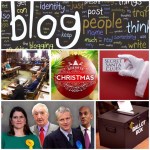 With the Conservatives’ UK general election victory last week still ringing in the ears of the Labour leadership and for their supporters across the UK, I do wonder if anyone actually spares a thought for those MPs who have lost their seats….

The reason for putting that question on the table this week is because there is a fascinating article on the BBC website entitled “What is it like to lose your seat as an MP”, which brought back some strange memories from the 2016 House of Keys General Election […] 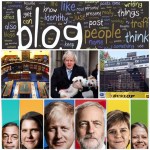 This week the United Kingdom went back to the ballot box for the third time in just five years, in order to elect a new Prime Minister.

This is after Boris Johnson called a snap General Election at the end of October simply because the House of Commons has failed to “get Brexit done” since the UK’s referendum to leave the European Union on 23rd June 2016.

Boris Johnson also called the first UK December General Election since 1923, and with a firm promise that it was “Time for the Country […] 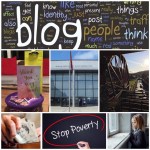 The countdown to Christmas has certainly begun, but given the recent incidents in the UK over the past week or so, the true meaning of Christmas does have greater significance this year.

Christmas time is a religious time for some, but for others it means a time to get together with family and friends, exchange gifts, think of those less fortunate and to reflect on another year gone by….

For me personally, it is normally a quiet affair and involves heading out for various walks and just trying to switch off […] 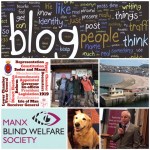 There is an excellent article on the Tynwald website this week that records that on 25th November 2019, Tynwald marked the 100th anniversary of the first election of Members to the Legislative Council by Members of the House of Keys.

In 1919, Tynwald passed legislation, which fundamentally changed the membership and powers of the Legislative Council. Prior to 1919, the role and membership hadn’t changed much since the Middle Ages, consisting of representatives of the Judiciary and the Church, along with the Lieutenant Government as presiding officer.

The changes could have […]