Airport ‘needs to be tidied up’ says MHK 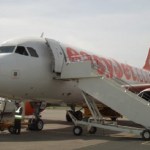 Ronaldsway Airport needs to be tidied up to ensure visitors aren’t put off return trips to the Isle of Man.

That’s the view of the MHK responsible for the Island’s tourism sector.

Issues with general maintenance, staffing and car parking have all attracted criticism from passengers in recent months.

Ahead of the busier tourist months Rob Callister says first impressions are important: