An MHK believes respite care should be available to book further in advance on the Isle of Man.

The question was tabled […]

MHK hopes select committee can find a way to help

An MHK hopes a select committee will give vulnerable young people the help they need.

Three Tynwald members will carry out an investigation to help improve housing and job prospects for those leaving care.

Onchan member Rob Callister will serve on the panel, which was set […] 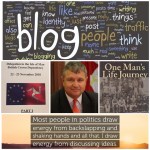 As I mentioned previously, I still believe one of the best qualities I bring to this role as an MHK is my life experience, my own life’s journey.

Child victims of sexual assault are having to be flown off island for examination, it has emerged.

Chief Constable Gary Roberts made the revelation as he unveiled plans in his latest annual report to create an on-island sexual assault referral centre next year.

In his report, Mr Roberts said his officers […]

Should MHKs engage on social media?

An MHK, who is well known for his use of social media, says more of his peers should follow suit.

Rob Callister was speaking on yesterday’s (Sun 18) Sunday Opinion programme on Manx Radio, which explored the changing role of the 21st Century […]

The Feeling to perform at TT

Million selling chart act The Feeling are to perform during next year’s TT.

The band will be playing in the TT Hospitality Unit at the Paddock on Saturday June 1 as part of the official festival entertainment programme.

The Feeling reissued their acclaimed Twelve Stops And Home album this year, celebrating […] 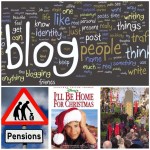 What is that saying about the best laid plans etc?

Call for specialist centre for victims of sexual assault

The Island needs a specialist centre for those who have been the victims of sexual assault. 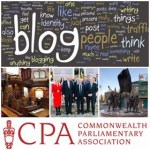 I received an invitation to be part of a Commonwealth Parliamentary Association (CPA) delegation heading to Jersey on 26th October, which I was more than happy to accept as it gave me an opportunity to […] 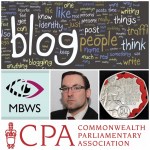 With so many things happening this week, I have decided to split this week’s activities into two separate Blogs.

This particular one will focus around my on-island activities up to and including Tuesday evening, and the second one, which will be […]